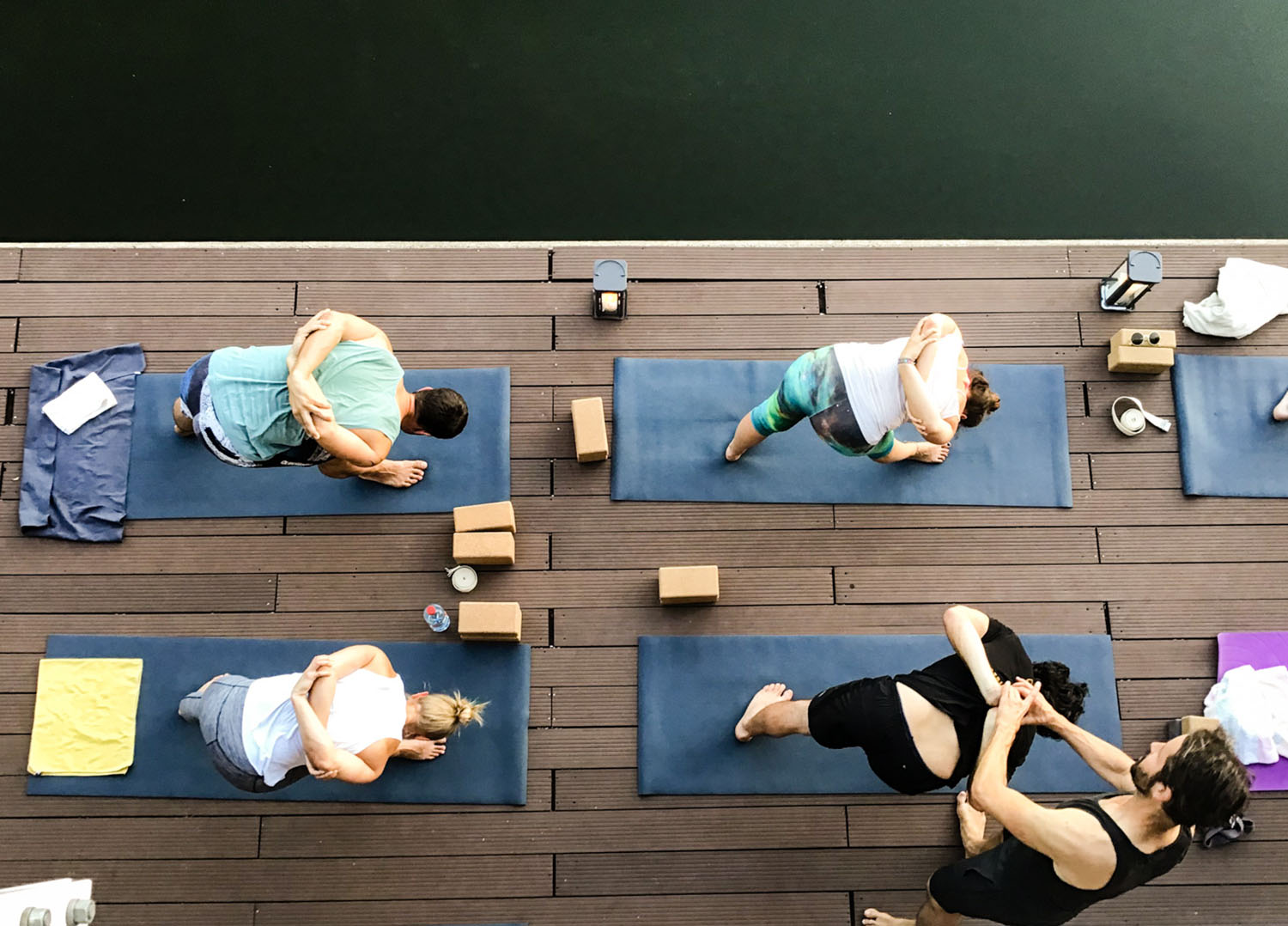 5 questions for the founder of Yoga Rebellion

“Embrace who you are” is Yoga Rebellion Berlin’s motto, which was founded in 2016 by Carsten Fleck. Since its conception, the yoga studio located in Wedding has been a meeting point for all enthusiasts of the Indian teachings.

We sat down with founder Carsten Fleck to talk all things Yoga Rebellion and SumUp.

Giving customers the opportunity to make cashless payments is incredibly important today. As Fleck explains, “in Berlin, there are many international customers who almost expect to be able to pay by card, and we also attract a relatively young audience. For people under 30 in this country, it is relatively normal to make cashless transactions.”

How did the opportunity to found your own studio come about?

In the late 1990s, I attended a yoga class in New York for the first time ever, and I was immediately enthusiastic and drawn in. Yoga has made me relax both mentally and physically. By a matter of pure coincidence, I then later trained as a yoga teacher and begun teaching. Following that, the clear next step of founding my own studio was very clear to me.  Plus, living a stressful city life means a little serenity is always a good thing.

What daily challenges do you face as a studio owner and yoga teacher?

The most significant challenge is you have to pack 48 hours of work into 24 hours. Time management is without a doubt the primary difficulty. I often find it funny that so much effort is required for an empty room and a few mats. Juggling everything means that I’m constantly asking myself where I can save time. This is where SumUp really helped me because initially, clients could only pay by cash or bank transfer. With the card reader, we save masses of time and our international customers are pleased they can conveniently pay by card. So far, our experience with the device has been consistently positive.

What are the benefits of yoga in our day-to-day lives?

Yoga can be helpful in many areas of life. In the west, we are mainly familiar with the asanas method and the physical exercise yoga offers. On average, we sit for about 14 hours a day, and we’ve now realised how bad this is for our body.

Yoga can help combat this by maintaining the body's mobility and strength. While the physical side of yoga lays a helpful foundation for breathing exercises and meditation. Yoga is a doctrine of freedom that helps people break out of their old thought patterns. It is a peaceful rebellion for more freedom and balance, which can help those who practice it see and solve potential problems from a clearer, different perspective.

Your studio offers reduced prices for those with lower income. How did that initiative start?

Over the years I’ve found that yoga is primarily a sport for wealthy, educated women. But I personally feel that yoga should be there for everyone and I want to make it accessible to demographics of people who may otherwise not have been able to afford it.

“ Today we have an especially domesticated form of yoga. Don't like your job or having problems in a relationship? Do yoga.”

Where is innovation lacking in your industry?

Yoga schools need to return to the roots of tradition. Today we have an especially domesticated form of yoga. Don't like your job or having problems in a relationship? Do yoga. It will calm you down and if not, you can carry on as before.

That being said, this isn’t the original message behind yoga’s eight-membered system. The innovation we need in yoga would, therefore, be to return to the actual intentions behind yoga and to go beyond our current physical focus.

In addition to their yoga studio on Seestraße in Wedding, they also teach classes under the Rebellenflagge in Neukölln. Are you looking for a solution to simplify your business with card payments? Find out more here.