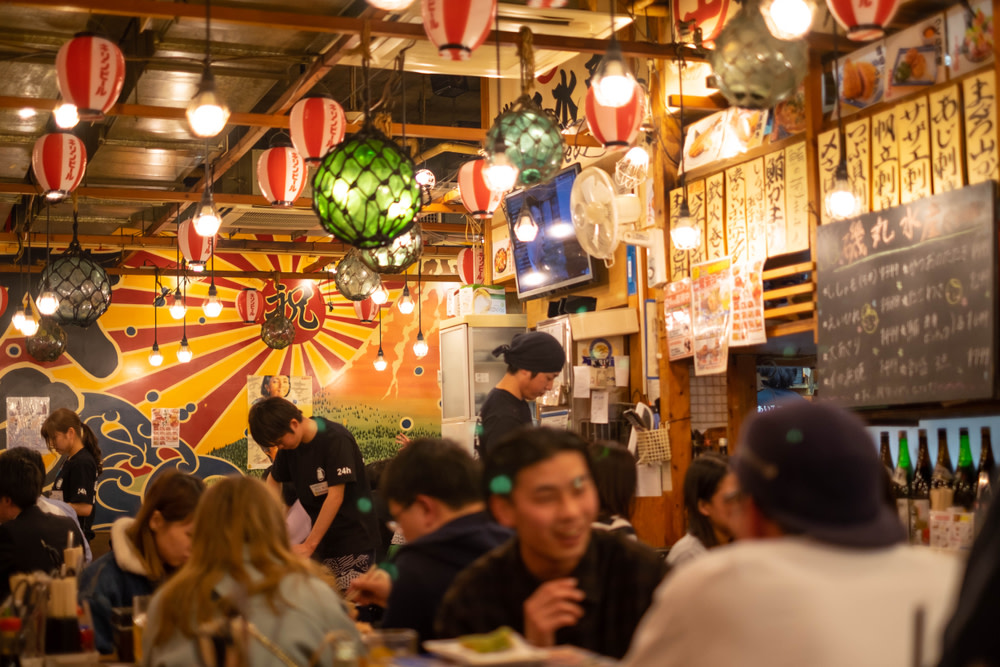 How much do people really tip? A complete guide

The right amount to tip is largely a mystery. In Germany it’s common practice to leave a 10% tip, in the US it’s an astounding 20%, and in Japan, you’ll be shunned if you even consider leaving a penny behind.

So, where should we be rewarding good service? And where can we save ourselves the expense?

Tipping doesn’t need to be an incomprehensible puzzle.

So, with this guide, we’re attempting to shine a light into the dark by answering the question: How much should you tip in different countries and for different services?

An unwritten law: Tipping in Germany

Do you remember the last time you didn’t leave a tip at a restaurant?

This could simply be because going for dinner and leaving a tip behind, in the country you reside in, is practically muscle memory.

In gastronomy, it’s customary to leave roughly 10%. The extra money acknowledging both the service received and the quality of the meal.

In fact, this was even convention throughout Europe during the Middle Ages. People would leave a tip for Handymen and Craftsmen in the hopes the service would be better or faster. And with the extra money, they would drink to the health of the customer.

While there are benefits to awarding good service, tipping culture has had a negative impact on wages over time. As business owners gradually realised their employees were drawing in added income, they reduced their salaries.

Which, to this day, still raises constant controversy.

Nowadays, a clause in Germany’s Industrial Code ensures that an employer can no longer rely on the tips restaurant guests leave to support the salary of an employee.

“Tipping is a sum of money that a third party extends without legal obligation, in addition to the employer paying for services.”

So, technically speaking, if you are dissatisfied with a particular service in Germany, no tip is required.

Whatever industry you're in, you can accept tips and card payments with SumUp.

How much tip should you leave at the hairdresser?

It’s a rule of thumb that you tip approximately 10-15% for a haircut, putting hairdressing ahead of gastronomy.

But why exactly is this the case?

It can be linked to the relatively low wages in the field. Das Orange Portal reported that a hairdressing trainee in East Germany will only earn €269 within the first year of their apprenticeship. Tipping is, therefore, crucial in helping young employees to make up for their low salary.

What would a lazy Netflix evening be without pizza? Let’s set the scene…

A personable delivery guy shows up on time, rings the front door and delivers your food.

Rounding up the amount or giving an extra euro or two also leaves the pizza supplier feeling happy.

But, even in this instance, there is no law that requires you to pay for the delivery service itself. So if your order is late, you also don’t have to feel obliged to leave a tip.

A little extra for the taxi driver

As with hairdressing, taxi drivers often earn the absolute minimum wage, which means that tips of 10% or above are welcome, but not compulsory.

A thank you for the room service

If you’re away on holiday, the chances are your room is being cleaned on a daily basis. It is, therefore, fairly anticipated and appropriate to tip before you check out as a thank you for the excellent and friendly service.

How high the tip should be varies depending on the length of the stay, according to German newspaper Welt. For instance, a short stay of just one night only calls for €5. This quickly adds up if you are staying somewhere for a 14-day holiday. In this instance, €2 a night is a reasonable compromise.

It can always be more: Tipping in the USA

Let’s step away from Germany and step towards the USA. What does the tipping situation look like there?

Anyone who has ever been on holiday in the States has probably experienced an event not too dissimilar to the following;

It’s your first visit to an American bar, and you go to give the waiter the total amount plus a 10% tip. Instead of the expected thank you, you’re met with a surprised look. Or in some cases, even a comment on how the tip should range between 15-20%.

That’s quite a generous sum.

However, restaurant staff in the US often earn less than the legal minimum wage. So leaving a decent tip is essential.

With their Coperto (the Italian cover charge), the Italians have eliminated all doubts on whether or not it is necessary to tip. This service fee is automatically added onto the bill.

It’s therefore considered unusual to leave a tip beyond the Coperto in gastronomy, but an Italian waiter would always be happy to accept a token of appreciation by means of a tip.

Japan: A country where tipping is an insult

Of all the countries around the world, Japan is a country where the tipping culture really is an exception. But this doesn’t impact the service, according to reviews good service is pretty much a given.

As a tourist, if you leave a tip this is considered to be more of an insult or an offence as opposed to a sign of appreciation. This opinion is also reflected in some pockets of China.

Before you pack up and travel to these countries, it’s advised that you familiarise yourself with the culture in advance to avoid any awkward faux pas.

When is tipping tax-free?

And what about taxing tips?

Here’s when it applies:

Whenever a tip is voluntarily given, it’s tax-free.

If, however, the service charges are stated on the menu, the amount is first paid out to the facility owner, and then the tip is taxable because it was not voluntarily paid.

Tipping with a card payment – when cash isn’t in hand

Whether or not you can tip with card is often unclear.

However, as all restaurants and cafes deal with tipping differently, it is always a good idea to ask the waiter what the best way to tip is.

How the tip reaches the employee also varies. For instance, their boss can transfer the tips earned at the end of the month with their salary. Nonetheless, legally he doesn’t have to include it in the payroll as it is the guest’s thank you for overall excellent service. The tip can also be given to the employee from the cashier directly after a card payment is made.

To this day, this ongoing issue of how much to tip has proven to be controversial. But there are basic rules in place that can be followed to avoid disappointed faces or even insulting someone at home or abroad.

Key points to remember about tipping:

- A 10% tip is common in German gastronomy

- Restaurants in the US will expect 20%

- In Japan, expect to have good service but not to tip

- Italy has an official service fee known as "coperto"

- If voluntary, tipping is tax-free

Don’t want to lose out on tips but still want to accept card payments? Learn more about our card readers with tipping feature here.